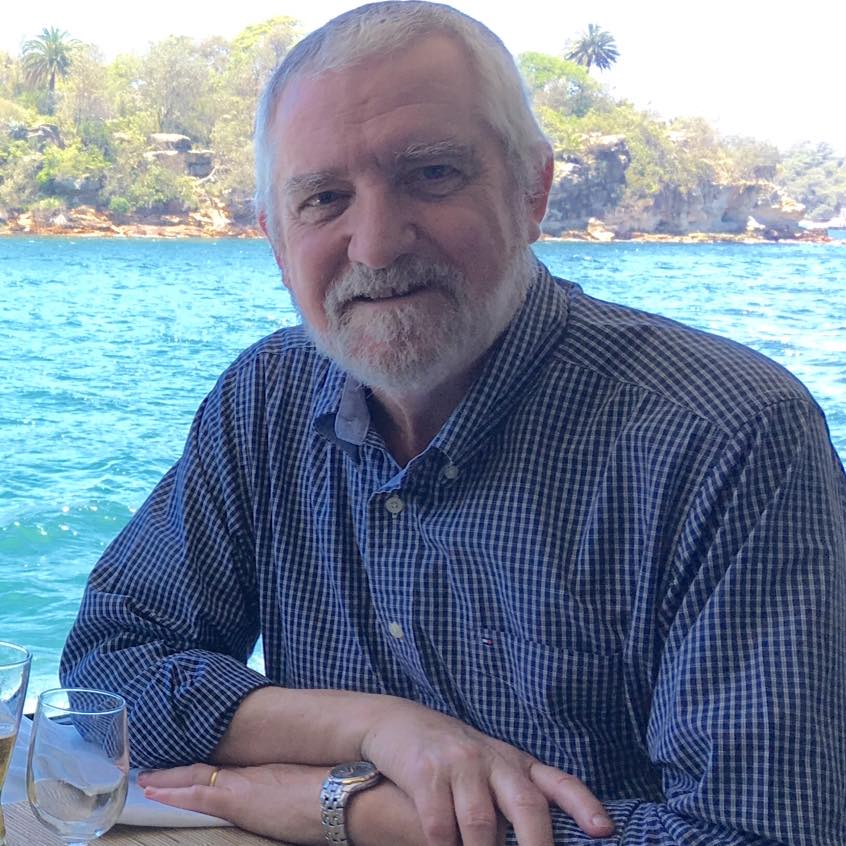 Aged 62, I live in New South Wales, Australia. As commercial director in a number of multinational companies, I’ve travelled extensively and lived in both New Zealand and England.

My first experience with breast cancer was in March of 2014, on the day of my 57th birthday. I had caught it very early, and within days had a left side mastectomy at Strathfield Private Hospital.

My doctors decided I didn’t need chemo or radiation, but put me on Tamoxifen. I was supposed to be on that for five years, but elected to stop after just two due to the side effects.

All this knocked me about, so I stepped away from work, and to this day just consult from home.

In May 2018, the cancer returned on the same left side, just a few centimetres from the previous lump. I wonder if it was because I stopped Tamoxifen. Who knows? This time doctors ordered both chemo and radiation. After one chemo session, which nearly killed me, literally, and I spent nine days in hospital with an unidentified virus, most of it in intensive care. One tip – alcohol and chemo don’t mix well!. I didn’t have the other three Chemo sessions that were scheduled.

The 20 sessions of radiation were well tolerated.

But, now I’m back on Tamoxifen, and after six weeks the old symptoms returned. Menopausal symptoms, hot and cold flushes, mild headaches, and feelings of nausea. It has been hot in recent months which hasn’t helped, so with my doctor’s support, I’m taking a break from that drug until the weather is cooler, probably a total of 3 months.

So, what’s next? I’m feeling good, and getting my strength and energy back, but am a little wary that if I don’t return to Tamoxifen, or something similar, I’m inviting round 3!

I’d be remiss if I did not acknowledge the terrific support I’ve had and am having, from my wife of 22 years, Gillian. She’s a rock, looking after me and our severely handicapped 28-year-old son.

Very best wishes to those out there who are experiencing the journey.