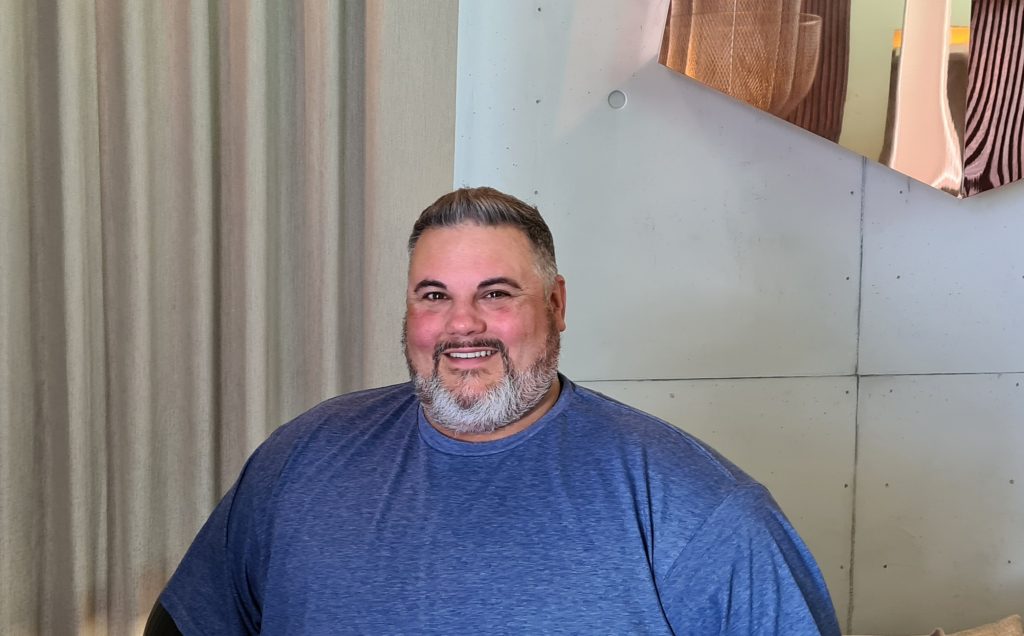 I’m a 45-year-old male with breast cancer. It has taken me most of 2020 to own and say that sentence aloud. I was naive enough to assume it only happened to woman.

My grandmother had it twice, my aunt, in fact most of the woman (on my gran’s side have had breast cancer). As for the men, well they were more prone to prostrate cancer, so from 40 years of age I went once a year for a prostrate exam. My dad passed away from prostrate cancer in 2007, and, as a family, we just said “boys, go for your prostrate check-ups; women, make sure you go for your mammograms”. It seems like cancer is in the family genes.

My personal journey started on the January 3rd, 2020. I felt a lump on my left breast, and thought it strange, but was not too concerned. I had seen weeping from my left nipple a few times before, but I had my nipples’ pierced in 2017, and according to Google it was lymph fluid and my body was just healing, I just needed to bathe it in a saline solution. The next morning, I called my house doctor and asked if I could come through and have him check it out. By this time, I had looked up online and when typing, in ‘fluid coming out of nipple men’s breast”, leaving out the word “nipple piercing”, I found vastly different results. I was sent the next Monday for an ultrasound, and the very same day a mammogram and biopsy, where it was confirmed as breast cancer.

So many questions. I literally checked out from reality and went into a mental space of, “if I do not think of it, it’s not real”. My family was fantastic, going to check-ups and appointments to the surgeon and oncologist with me. Looking back, I felt like the man who went to all these appointments, and the family asked all the questions because I didn’t want to hear the answers.

It was decided that because the cancer was in my breast tissue, lymph nodes and clavicle, I would benefit from chemotherapy first. The chemo plan was three lots of FEC, followed by 12 sessions of Paclitaxel.

On Friday, January 24th, I sat in the chemo room chair, and had my first round of this red drug called FEC. I had not read up on it, because I was possibly still either in denial, or scared to know the truth. Boy did it hit me on Sunday. I was nauseous, and it’s a feeling I still struggle to put into words. I would be man down for a week after treatment. Thank goodness treatment only came along every third week.

By this time it was suggested I go for genetic testing because being a male, and being diagnosed with breast cancer, the chances were high that I had the BRCA gene. It was confirmed that I indeed had BRCA2 gene.

After FEC, I had to go onto weekly doses of Paclitaxel along with a Herceptin injection every third week in my leg, because my test results concluded that I was HER2 positive.

Surgery, a bilateral mastectomy, was set for the July15th, 9.30am. I was told it took about four hours for the procedure. I was transferred to ICU after surgery, and really had no pain. I spent eight days in hospital, and was told they did a complete removal of all my lymph nodes under my left arm, as there were traces of cancer in three of the nodes. The autopsy showed pre-cancer cells in my right breast too, so it was the right decision to have both breasts removed simultaneously.

I am currently busy with 25 sessions of radiation which should finish mid-October.

Before radiation, I was searching the internet about men with breast cancer and came across the Male Breast Cancer Coalition group on Facebook. It was really the first time I started reading up on breast cancer online, as I was too scared to face my fears. But now that I have read that there is a group of healthy and happy men who, despite being diagnosed, have gone through a journey like I’m going through, have come out stronger, and are now supporting other men who are walking a similar path. I feel empowered that with knowledge of survival.

From here on out, in my mind, my story includes many healthy happy healthy years. Much strength and love to all who are fighting and have fought this battle.