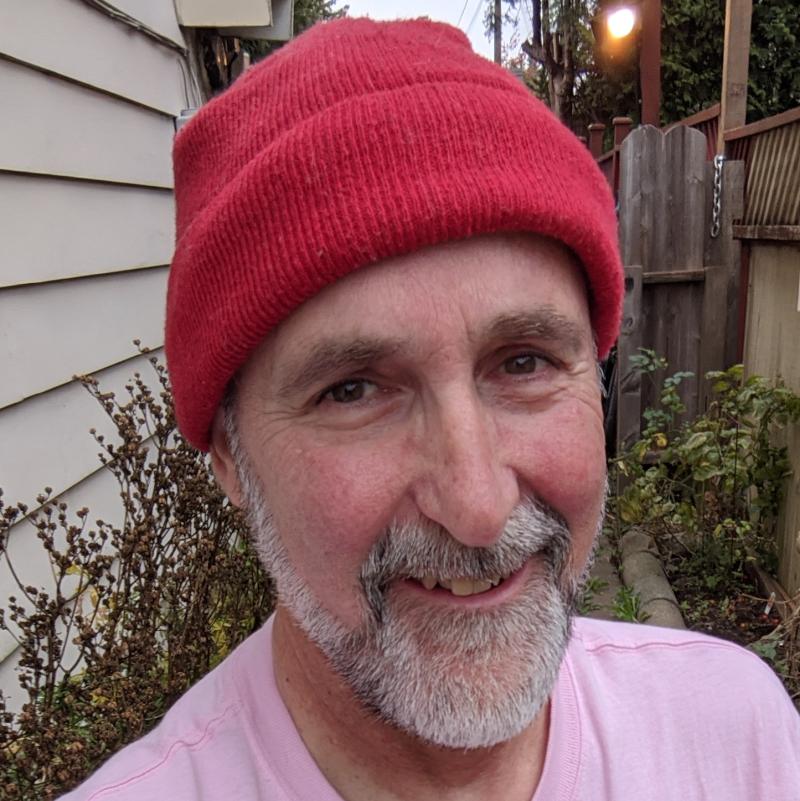 Angus was diagnosed with breast cancer in April, 2018. And shortly after along came a lung cancer diagnosis in early May of 2018. He had an interesting life but the cancer diagnosis came at a time when he wasn’t expecting it. And it changed his life. He said “I was always expecting to work until I was 75 or 80 like my father and my grandfather before him.”

A slowdown in work meant that he was able to go to the doctor to deal with some pending health issues. One of those issues was a lump in his left breast. He knew what it meant. His mother had died of breast cancer. His brother had had breast cancer ten years earlier and his other brother had prophylactically had his breast tissue removed because they were extremely sensitive. The family doctor pointed out that he also had a very small lump in his right breast. He gave Angus a referral to the Jim Pattison Breast Clinic in Surrey BC telling him that he would get a call for an appointment in the next couple of days.

Indeed, seven days later the suspicions of male breast cancer were confirmed. He met with the doctor to begin the workup and plans for surgery. The first thing was to check for metastasis. A bone scan turned up nothing. The pelvic and upper body CT scan though found a mass in his right lung. Further testing determined that it was NSCLC (non small cell lung cancer). A PET scan confirmed that it was in some lymph nodes between the lungs as well as some small spots in the left lung staging it at 3C.

The breast cancer receded into the background at this point with the priority being treatment of the lung and lymph tumours. The oncologists took a curative approach with aggressive chemo/radiation of the tumours. Six cycles of paclitaxol/carboplatin over six weeks with concurrent thirty days of radiation. “The first two weeks will be a breeze. By the third week you’ll start to feel some effects. And the final two weeks will leave you on the ropes.” said the chemo nurse. True that.

Angus took six weeks to recover and then had a double mastectomy for his breast cancer. And four days after that he started on the recently approved immunotherapy drug durvalumab. After fourteen of a planned twenty-four treatments, a CT scan revealed that the tumours in his left lung had begun to increase in size. A fine needle biopsy was done in April to determine whether these were metastasized breast cancer or lung cancer. When it was confirmed that these were indeed lung cancer, Angus’s cancer was restaged to IV and he started treatment with afatinib.

Angus credits his varied life experiences and his faith with giving him resiliency in the face of daunting challenges. In October his wife of 12 years was diagnosed with stage IV pancreatic cancer. Six weeks later she died peacefully in Whatcom Hospice House. Just as it appeared that his life expectancy was increasing and that his lung cancer might be curable to experience this tragic loss would have brought lesser men to their knees. Closing their home in Washington and returning to live full time in Canada in less than a month was a huge challenge. When in the middle of one frantic day, his brother stopped him mid-sentence and said, “When I was on tamoxifen I could not have done the planning and execution that you have just done.” Angus realized that there was a power greater than himself making it all do-able. With all this cancer in his family, Angus was surprised that genetic testing showed none of the mutations connected to his cancers.

Angus still does the occasional first aid job and has a few web clients left. Filling his days with volunteer work, camping with his boys, and rediscovering his love of watercolour painting has made life worth living and truly enjoyable.