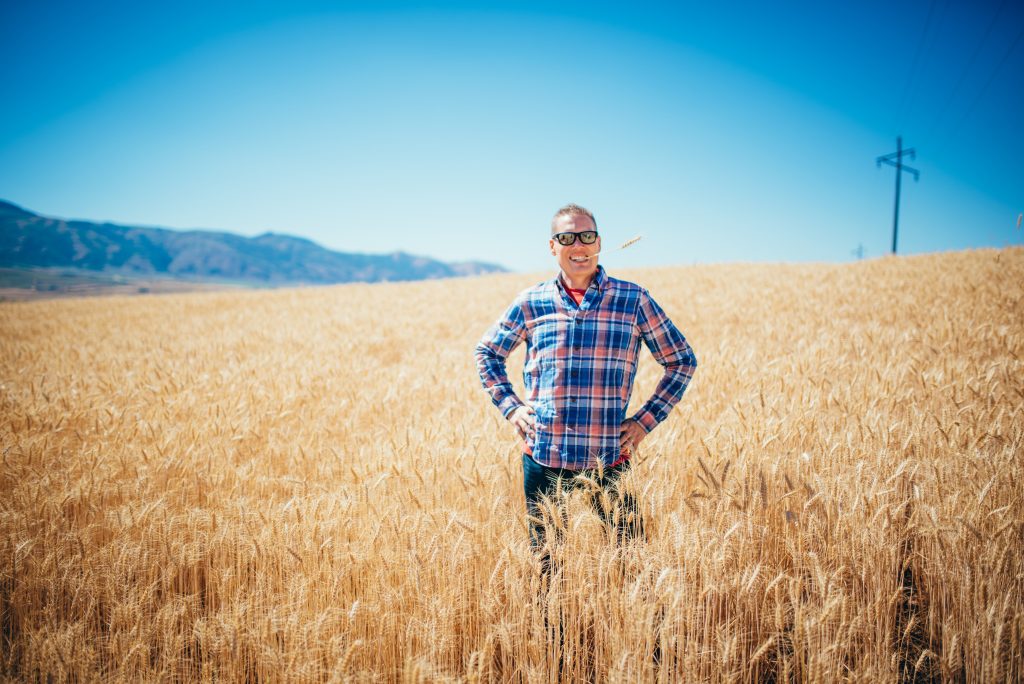 It was in the fall of 2011 when Alan was putting something away in the garage. As he moved, there was a bit of discomfort on his chest. Not thinking much of it, he waited about a month before telling his wife Michelle. She made him go in right away to get checked out.

After surgery, Alan was diagnosed with stage 2B breast cancer. It was hormone receptor positive, HER2 negative. Given the history of cancer in his family he asked the oncologist about genetic testing. He felt it would be a good idea since he had four children of his own, three girls and a boy. Thankfully the BRCA1 and BRCA2 tests came back negative.

On December 1st 2011, Alan started a dose-dense schedule of aggressive AC+T chemotherapy, which lasted until the spring of 2012. The treatments were really hard and the side effects at times were dreadful. He lost the ability to taste or smell normally, his stomach lining was stripped, he was nauseated all the time and the shot he received the day after each treatment caused major bone and joint aches. Alan also lost every hair on his body. All of this was to be expected. When the chemo treatments were done, he started hormone therapy.

As he emerged from the fog of cancer fighting, and the effects of treatments wore off some, life seemed to return to a sense of normalcy. Everything changed in the early Fall of 2015, and no one could have prepared Alan and his family for what would come next.

In October of 2015, the oncologist changed his diagnosis to stage 4 metastatic breast cancer, and started him back on Taxol chemotherapy (the “T” in “AC+T”). The plan was to do weekly infusions for three weeks, then one week off before starting again. Once a month, he also got an infusion of a drug that rebuilds my bones. The doctor ordered a brain MRI, and soon enough the news was delivered that the cancer had also spread to numerous places around his brain.

Despite the outpouring of support, Alan and his family were starting to feel numb while staring into the face of full-on metastatic cancer and what that might mean. His energy was declining, and the steroid he was taking daily, dexamethasone, was making him feel weighed down and drained. At least it was keeping the swelling down in his head. The doc also thought that it would decrease the pressure a small tumor in my head was putting on some nerves, making my right eye blurry. Alan was also losing muscle mass because of the steroid and started a plan to taper off of that drug.

The Taxol chemotherapy was likely the cause of the lung inflammation, so the oncologist prescribed a new drug, Ibrance, specifically used by postmenopausal women with the same variety of breast cancer that he had. As he prepared for the new battle plan, he again had to be admitted to the emergency room due to really high blood pressure readings. While there, the oncologist ordered a CT scan with contrast. It showed that Alan had multiple pulmonary emboli (blood clots) in his lungs.

As if dealing with cancer wasn’t hard enough, he also had to fight with his insurance company to cover the newly prescribed oral chemotherapy treatment. It was called Ibrance – a pill he would take daily, and it would be the best chance he would have at fighting the particular variety of advancing stage 4 breast cancer that he had. They initially turned him down because he wasn’t a “postmenopausal woman”, but after some back and forth, which involved numerous phone calls, a personal letter, and a statement of urgency from the oncologist, the insurance company agreed to cover the drug. Alan took Ibrance in the evening along with the hormone therapy drug Femara for twenty-one days, and then he would take a seven-day break before starting the cycle all over again. As it turns out, one of the many possible side effects of my new treatment is blood clots in the lungs. Good thing he was already on the blood thinners! They saw this as yet another little miracle!

Friends, family, and community continued to bolster the Blood Family up, pray for them, and be there for them. They could not have gotten through all of the challenges without them. The support and selfless giving and compassion were really been an inspiration to the family and will be forever indebted to them as they continued this fight to beat down breast cancer.

After a battle that lasted 5 years, Alan lost his life quietly in a hospital room. His body was too weak and his veins too small to even allow an IV. After a long day in the emergency room and a night in the ICU with no progress, the morning came and with it the reality that the end was near. He breathed his last breathe after being told by his wife of 20 years that it was OK to go and that she and the kids would be just fine. That’s the kind of guy Alan was, he loved his family so much that he couldn’t bear the idea of leaving them. He will always be remembered and missed. We love you Alan!