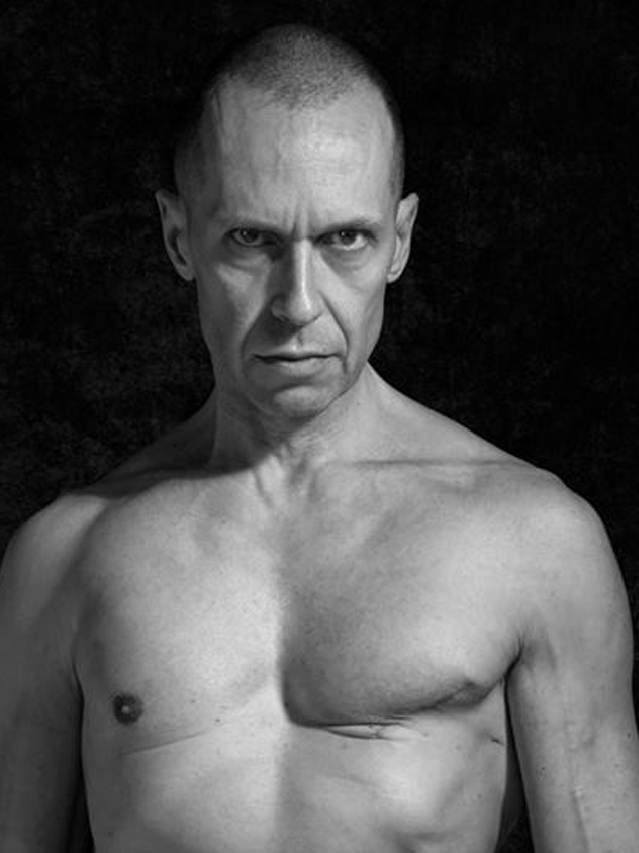 As a 48-year-old man who has always taken care of his diet, who has always watched his weight, who has been attending gyms for over 35 years, and neither smoked nor drink alcohol, to be diagnosed with breast cancer was a shock.

In August 2017, on the eve of the departure for our beach holidays, shortly after finishing dinner, my wife Antonella approaches and, as often happens, caresses me, hugs me and massages me standing behind me. My wife’s hand lingers a long time in the lower area of ​​the areola of my left nipple, and tells me she is hearing something she did not like. She takes my hand and shows me where to touch me and I feel a small swelling, quite substantial, but I never noticed it. She insists: “I do not like it and tomorrow you go get yourself an ultrasound”. So, before going to Follonica I went to a medical diagnostic center to get an ultrasound.

The report stated: “The left mammary swelling is supported by a solid and inhomogeneous nodularity of 15x12x8mm with clear margins and without significant vascularization. The finding is unambiguous and needs a needle biopsy (also called a fine needle aspiration).

Cancelling our holiday, we went to our doctor who sent me for the biopsy. After about a month-and-a-half I got the result: “C4 suspected (doubtful, probably malignant cytological framework)”. Surgery was recommended to remove the nodule and get a more detailed histological analysis. The operation was successful. As the days passed, during the dressing sessions, I noticed a couple of men who could not be there for other reasons except for a problem quite similar to mine. I asked my doctor why did I get this disease. He said: “Every very year in Prato, we operate on 400 patients, of which about 2% are men.” This percentage corresponds roughly to seven male patients.

Thinking about how I got this disease I wonder if my work as a graphic designer where for about 30 years I worked in close contact with a modem, then a router, then a wifi router, several computers, mobile phones, tablets, large monitors, first in cathode ray tube and then in LCD, LED, etc.  Perhaps the electromagnetic fields affected me.

Then I thought about my diet as a bodybuilder when I consumed buckets and buckets of protein powder, amino acids, food supplements and during competition I also ate 3kg of chicken breast a day. (intensive farms and animals that use antibiotics.) Or, was it dioxins emitted from a nearby incinerator? And a good percentage of breast cancers in humans can be of inherited origin. There have been cases of tumors in my family.

The results of the histological examination showed I would have had to resort to preventive chemotherapy treatment. Although the cancer had been removed, even if there was a remote possibility that some cancer cells could migrate elsewhere, chemo was necessary.

In my mind I had an image: that of cancer patients under chemotherapy. People tried, white, without hair. Physicists mortified by chemistry that blindly pervades the whole body in the “search” of cancer cells, with the aim of stopping them, regressing them or annihilating them. In all this mental process I saw myself completely debilitated, brutal, already undermined in my manhood as suffering from breast cancer you can not even classify “breast cancer”, to give it at least a more masculine connotation … “Breast”, another word that echoes in my mind preceded by “ductal carcinoma” a phrase that accompanied me every night before falling asleep and that was waiting for me every morning when I awoke.

Now I was also dealing with the term: “chemotherapy”; here is the new mental torment.

Receiving this umpteenth frozen shower I decided to “look around”, to compare myself with other doctors but also to consult with relatives and acquaintances. Everyone, unfortunately, in almost all families, has a history of tumors to tell. It seems the scourge of this society, a silent epidemic that has spread everywhere. In comparing with people, the usual phrase comes up: “me too … or: I have a friend / relative / acquaintance who has been operated and who has had to do chemotherapy”. You are in a moment to be the protagonist and spectator of a dramatic situation, rampant and widespread.

I took a few days to reflect even if the time I had to decide was not much. You can not postpone such a choice to the bitter end. The chemotherapy treatment must begin within a couple of months of surgery. I was already at the end of January. On February 5, two months would have passed since the intervention. I felt the pressure and I was at the height of the processing phase of a precise thought but I had not yet matured it. On the one hand I was skeptical about the effectiveness of the treatment and certainly, in my opinion, of the side effects I would have suffered. On the other, I was thinking about the little time I had left to make the decision and the possible risks to which I would have exposed myself in case I had decided not to do chemo. On the other hand, “I listened to my body” which was in fact good. Why should I do “this stuff?

The days passed. I felt tight. I kept comparing myself with various people, even doctors of course, in an attempt to deepen the subject, to understand. I have always considered my body as an inviolable temple . I’ve always taken care of it.

Until a few years ago I suffered from severe seasonal allergic rhinitis; I avoided taking cortisone limiting myself, only in extreme cases, to taking antihistamines. If I do not have a high fever, I never take drugs and in this case we speak at most of a Tachyphrenia. I do not use anything outside of natural food supplements and healthy nutrition. In fact, about seven years ago, only by changing the diet I solved problems of seasonal allergies and other allergic problems that occurred after the intake of some foods.

In short, “I do not even take the Ziaul” and here I propose to bombard myself with chemotherapeutic drugs? Moreover, deepening the question, I understood that along with the chemotherapy drug I would have to take: cortisone, a second drug, called “intelligent”, and then continue with the hormone therapy for 5 years!

Already, hearing about “smart drug”, I was reminded of the television images of the Gulf War and the bombing of Baghdad with Tomahawk missiles. Missiles defined as intelligent and who helped kill unarmed civilians. The association of the drug with “intelligent” sounded like “bellicose” and an oxymoron like “intelligently stupid”.

During this pilgrimage of various consultations and in various capacities, passing from all possible schools of thought and official protocols, I came across the proverbial meeting with the reference oncologist who would then follow me throughout the chemotherapy treatment. It was a scheduled meeting, among those included in the GOM protocol to accompany me towards therapy. So I met with the doctor.  A long meeting, almost two hours, “during which I think I made them lose a few years of life”. I turned them over “the bag” of questions and doubts I had in store. I was a river in full, assisted by the omnipresent marvelous wife who followed me in all phases, from the first “intuition” that today I can safely define: “save life”.

In short, out of the meeting with the oncologist I had dissipated almost all doubts. Let’s say that I was moderately satisfied, even if in part I was also upset because of the drugs that had been delivered to me, as a preventive measure, to counteract any side effects due to chemotherapy.