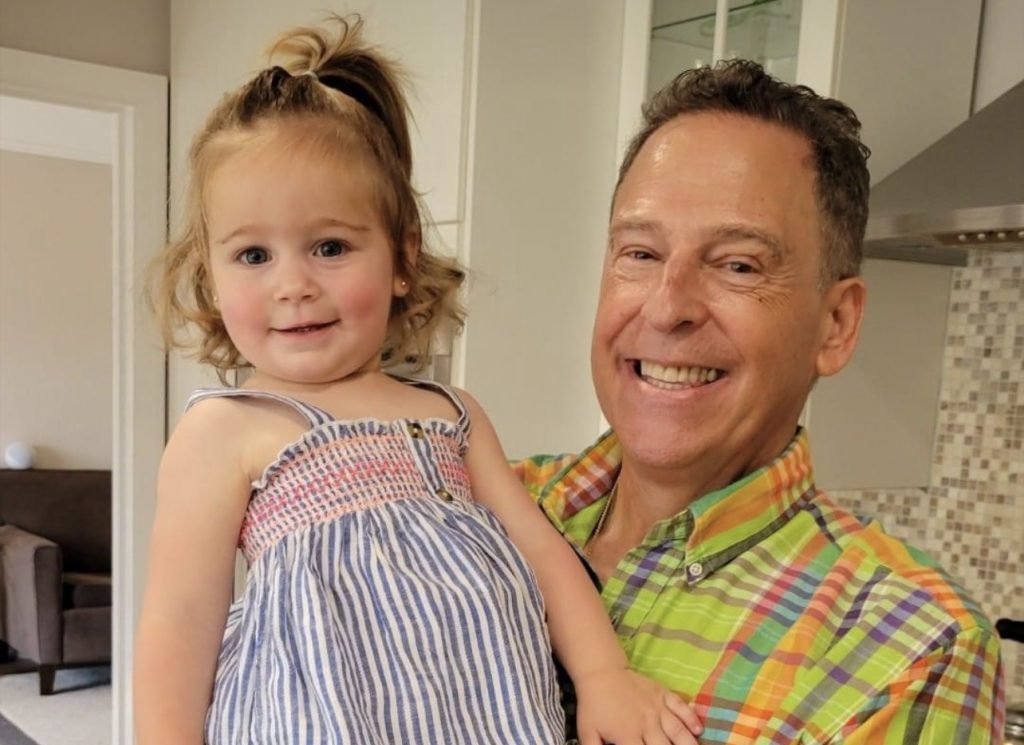 One Sunday morning in August 2007, I just returned home from playing two hours of basketball. I was getting ready to take a shower when my left hand brushed across my chest. I felt something wet. I looked in the mirror and saw a dark liquid coming out of my left nipple.  I squeezed it and more came out. I called out to my wife Jill and asked her to come take a look.  She told me not to do what I would normally do, which is wait of course, and said I should call my doctor.

The next day I went to work and really did call the doctor.  He was out of town, so I went to Chilton Hospital on my way home from the office. They did a culture and two days later I was told I had a staph infection. The doctor said it was “good” staph, to start an antibiotic and the infection should go away in 10 days.  Well, guess what? It did not.

By this time, my doctor was back, so I went to see him for a follow up. He did the same thing, took a culture and prescribed an antibiotic. BUT, he also said he wanted me to go have a mammogram. That is when I learned men have breasts. I thought they were pecs.  Guys go to the gym and work on their pecs, not their breasts.  So, now I have breasts.

A friend of a friend was head of the radiology department at St. Josephs’ Hospital in Paterson, so that’s where I went for my mammogram.  Boy was that fun, NOT!

When the films were read, I was told, get this, I had a clogged milk duct. You have got to be kidding me!  Now, not only did I have breasts, but I had milk ducts and one of them was clogged!

I was referred to a surgeon named Dr. Joseph Garcia, one of the nicest doctors I have ever met. Dr. Garcia reviewed the films and confirmed one of my milk ducts was clogged. He said the plan was to make an incision under the nipple and remove the clogged duct. The procedure would be done in the hospital and I could go back to work in two days.

The following Thursday was my follow up. Seemed like a pretty straightforward appointment, so I went by myself. The doctor came in with my file and said, “The biopsy showed….” and I said, “Biopsy?”  He said, “Yes we always do a biopsy and the biopsy showed a carcinoma.” Excuse me?  With that he stood up, walked across the room, grabbed my face and said, “You are going to be fine, do you hear me?”  I said, “You are the doctor.” I believed him.

I had what’s called a carcinoma in situ, which meant the cancer was encapsulated and had not spread. Dr. Garcia explained I needed surgery to remove the nipple and all the breast tissue, plus the layer of cells underneath. I asked about a second opinion and he recommended that I do that. I went to Sloan Kettering in NYC and saw a doctor there who confirmed what Dr. Garcia told me. He said that either one of them could perform the operation.  I chose Dr. Garcia.

My surgery was in January of 2008 and all went well. I was back to work in three days.  I didn’t need any radiation or chemotherapy treatments. I was very lucky.  Because of my scar, my chest now looks like it’s winking at you.

During the summer I’ll walk around at the beach and pool without my shirt on. If someone asks me about my wink, I proudly tell them I’m a male breast cancer survivor. This is a disease, not something to be embarrassed about.

In the beginning, I had to go for checkups every three months the first three years, then every six months for three years. Now I go for a check-up and have a mammogram once a year.  In fact, Jill and I schedule ours together and then go out to lunch. I was very lucky.

Unfortunately, my luck changed in January of 2016. I felt a tingling in the area where my left nipple used to be. A 5mm pimple developed. I returned to Dr Garcia and he did a needle biopsy, which was positive for HER2. Surgery was scheduled and the tumor and 3 lymph nodes in my left armpit were removed. The biopsy diagnosed me as being triple positive and that the lymph nodes were clear. That meant that the cancer was treatable.

In the summer of 2016, I underwent 12 rounds of chemotherapy and 7 weeks of radiation.  All went well and hopefully will continue to go well. I have to take Tamoxifen for at least the next 5 years to hopefully prevent a recurrence. Again, I am very lucky.

Please share this information with your fathers, sons, uncles, brothers, cousins, grandfathers and every male in your lives. The fight against this disease can be won.  Education is the first step.