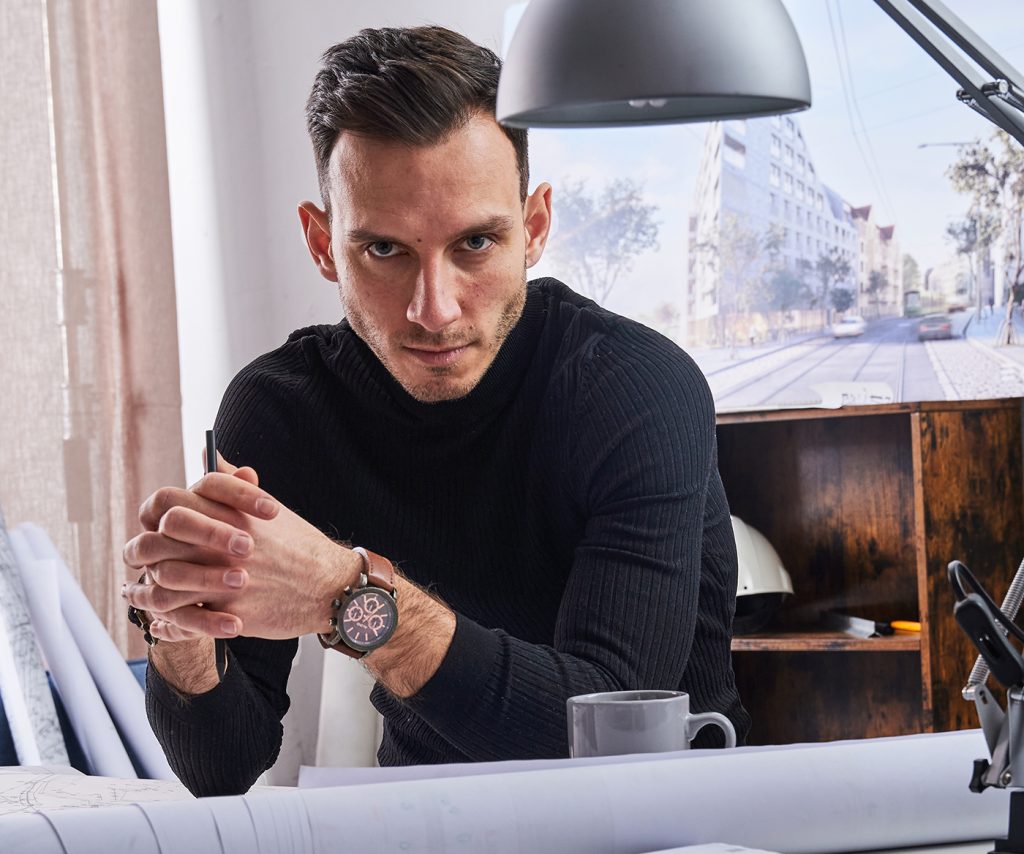 How did you find out you had breast cancer?

I felt a literally tiny ball the size of a pinhead under my skin on my chest. And a red light came on for me. Many men are unaware that they can get breast cancer. In addition, the presence of adipose tissue makes it more difficult to sense any change. I was just 33, quite slim, I lead an active lifestyle, I move a lot, I try to eat healthy food, so I think it was easier for me.

I was very sensitive to self-examination and control as there is quite a long history of oncology in my family on the part of both of my parents. I knew that prophylaxis is important, but I did not go to the doctor for every stomachache. Nevertheless, since I was a child, I had gynecomastia, i.e. an enlargement of the mammary gland. It is a disease that is not particularly troublesome or painful. It’s more about aesthetic issues, so as an adult I decided to get rid of it.

It was about 9-10 years ago. After the breast enlargement was removed, all the material was sent for histopathological examination. It turned out that there were atypical changes in the left breast. Then the doctor who operated on me recommended an USG check. As it turns out, it is one of the factors that increase the risk of developing breast cancer in men. Hence this warning light when I felt a change under the skin.

I had an USG immediately, but it was judged to be probably a skin lesion and I was recommended a surgical consultation. I admit that I delayed the topic a bit because there were more urgent things, but at some point, it seemed to me that this change had increased, but although it did not show signs of cancer, it was worth removing as soon as possible. I received the results on January 28, 2021, that I had cancer.

What was the most difficult part of the treatment process?

The most difficult thing was waiting for the surgery. And in all of this, as I mentioned, I had to decide – whether I am following the path of chemotherapy and only then do we operate on it, or whether we throw everything away and treat it as a supplement. There were many such consultations and just as many opinions. I made the decision to have an operation. I felt like I needed to get it out of my body as soon as possible because the most difficult thing for me was to cope mentally with the knowledge that I had the cancer inside me. So, this is waiting for an operation, such a life in limbo, knowing that I still have this cancer and I have to wait a while to get rid of it – that was the worst thing. Because the operation itself is a piece of cake. I owe the date of the rapid surgery to Professor Murawa, a great specialist who will fight for his patients.

Is there anything you’d like to say to our readers?

First of all, I want to say and emphasize that you should test yourself. This is absolutely crucial. Every person should regularly undergo a set of preventive examinations. Blood tests, occasional gastroscopy, colonoscopy, possibly a chest X-ray. And he should definitely visit a doctor who will make an in-depth interview and refer him for tests. The earlier the diagnosis is made, the greater the chances of recovery. This is what I would like to tell people first of all – to be in control.

It is worth knowing your family history, because very often these diseases are genetically determined. And the awareness that you are in the risk group also causes a slight fear, which in turn causes greater vigilance and motivation for preventive examinations. It is good to educate yourself on some points and realize that breast cancer does not have to be a death sentence.

In a word: diagnostics and awareness raising. The fact that all these diseases can affect any of us. Even in such a non-obvious setup like a guy with breast cancer.

But I also want to say that it is worth the hope. Even if the situation is hopeless, it is worth hoping to the end, because hope dies last.