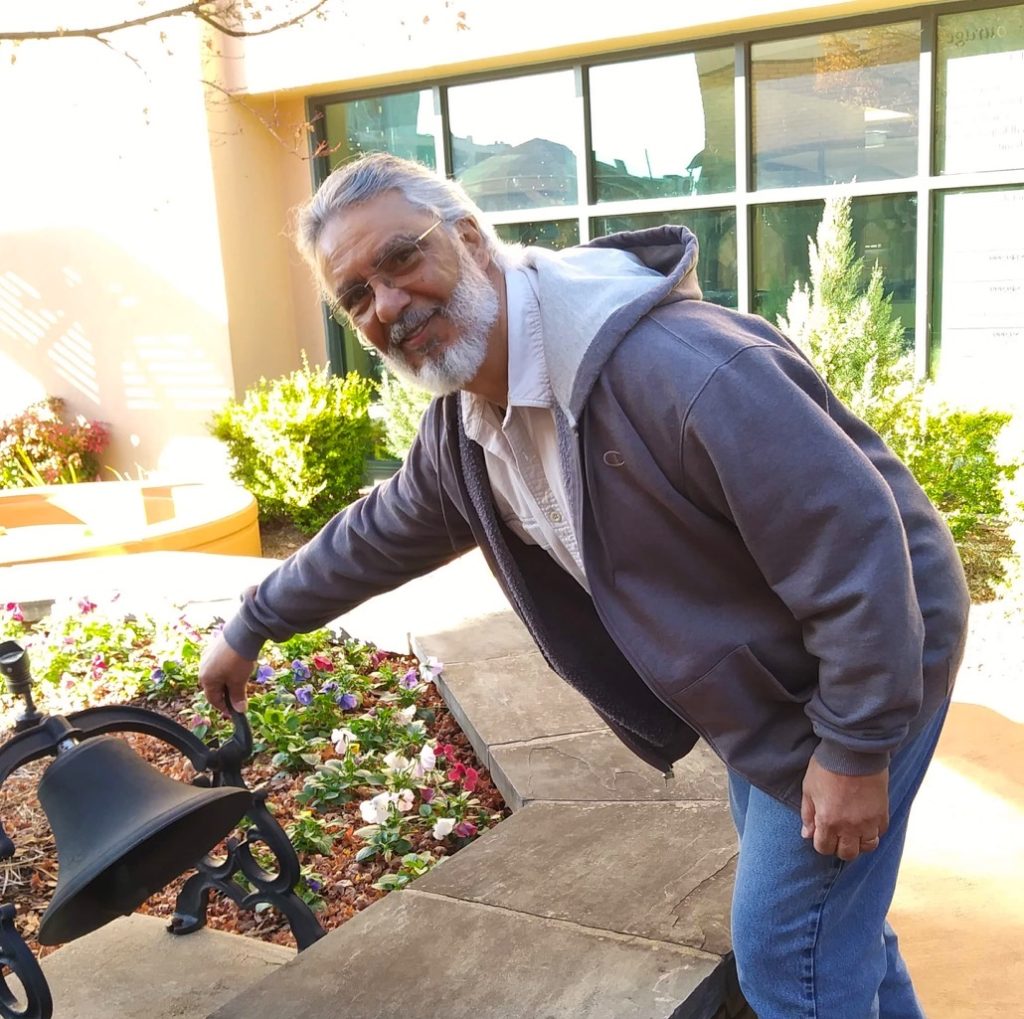 In 2019 at the age of 70 I thought I was done with all the big battles in my life and would just enjoy my life of retirement, volunteering, riding my motorcycle, and vegetable gardening in the backyard. I had survived growing up on the wrong side of the tracks, a war in Vietnam, and making a living doing IT work in corporate America.

Late July of 2019, my wife happened to be rubbing my chest and noticed a small bump the about the size of a pencil eraser. Since I was due for a physical, I had my primary care doctor look at it and he suggested a mammogram. The mammogram test was inconclusive, so I was then referred to a breast surgeon for a ultrasound on both breasts, which was also inconclusive. While the doctor was confident that it was nothing to worry about, since males seldom have breast cancer, she suggested I have a needle biopsy just to be sure. The test results from the biopsy showed that I was positive for breast cancer in both breasts. It was suggested I go through genetic testing to see if I had a cell mutation. Since I was adopted shortly after my birth, I have no idea of family medical history. My primary care doctor always suggested treatments should be thought of as worst case as far as my family history was concerned. I consented to the genetic testing and found that I have no mutated cells, and everything was normal.

I think one of the hardest things to do once I found out I had cancer was to tell my kids. While they are not my biological children, so there is no worry about passing cancer on to them, they are still my family and I raised them from a young age. They gave me all their support, love, and prayers while I went through this journey. My friends were also supportive with thoughts and prayers.

In September of 2019, I had a double lumpectomy performed since both of my breast were affected, one of them was stage 1 and the other was stage 0. Shortly after my first surgery my surgeon informed me that did not get all the cancer cells, so I went through a second surgery to get the cells that were on the border of my initial surgery. After healing from surgery, I went for radiation treatment, which was Monday through Friday for four weeks. I found that radiation treatment was quite an experience. Each day the waiting room was full of folks all ages and stages of cancer. In some ways it was therapeutic because many there were much worst off then I was, and it help me to remember how blessed I was to have caught my cancer in the early stages. The worst part of the radiation treatment was that it completely sapped my energy and the burning of my chest, which was like a severe sunburn. It took months for the burn to go away and even longer to get my energy back.

After the surgery and radiation treatment, I met my cancer oncologist who is one the best doctors I have ever met. He has a dry but great sense of humor and always takes all the time I need to listen to what I am going through without judging me. He recommended Tamoxifen for five to ten years, which I have been taking now for several years. While there is a laundry list of side effects, most of the ones I was affected with subsided after a few months except the mood swings. Luckily, I have a loving and understanding wife who keeps me from spiraling downhill. I also found that an over-the-counter hemp derivative called Delta-8 that helps me calm the rough edges. Another part of being able to cope with this disease is the group of folks from an online cancer support group that meet once a month. This group helps me to realize that I am not alone in this battle and have given me wonderful support and advice. They have helped make a rough road less rough.

If you are reading this story, you or somebody you love are probably going through the battle of cancer. I want you to know that you are not alone, that there are people who care and are willing to help you and support you. Know that you are in my thoughts and prayers. May our Lord bless you and keep you.