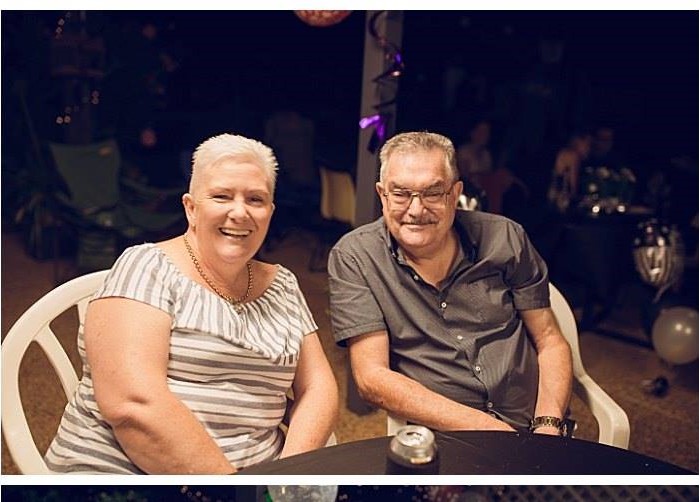 In September, 2012, I went to a medical centre with what I thought was an infected right breast. When The doctor examined me, without noticing my inverted nipple, and he put me on antibiotics. Two weeks later a pea-sized lump appeared at the side of my nipple and my GP sent me for an immediate biopsy at a local X-ray practice. The biopsy, without anaesthesia, hurt like hell, and because they didn’t get a big enough sample, the biopsy was done again.

Two days later I get a call from my GP saying, ‘Peter, that’s breast cancer’. The Breast Cancer Nurses contacted me within an hour and arranged that afternoon for me to see my surgeon. Because I was going overseas in four days, he suggested I have the holiday and come back when I return. Next step was a mammogram. That was a lot of fun. Standing at the desk to pay for the procedure, twice my wife had to tell the accounts woman that it for me, not her. She just kept relating to my wife, not me.

I had the surgery and six months of chemo, but thankfully no radiation. I lost all my hair. even my moustache that I have had for 40 years, but thankfully everything grew back.
After five years, I was told I’m clear with a 90% chance that it won’t come back.
But 10% is a big number to live with every day.

The surgery does not seem to be a major problem for me, as I always wear a shirt when I go swimming. Being bald for a while, didn’t bother me either, but I posted on Facebook when I eventually went out and purchased a comb. My hair came back, not as thick as before, and more grey than black. The side effects of the drugs were a major ongoing problem. Recently, I’ve been told I can stop the drugs, so I’m now waiting for them to get out of my system.

Male breast cancer is similar to breast cancer in women, and we go through the same procedures as women. I don’t know about the differences in side effects between men and women, but I am thankful that I have a very supportive and understanding wife.

After being diagnosed, I didn’t meet another man with breast cancer until five years later. I’ve now been cancer-free for some time and co-run The Men’s Breast Cancer Forum to raise awareness about male breast cancer. I’m also a community ambassador for the National Breast Cancer Foundation.