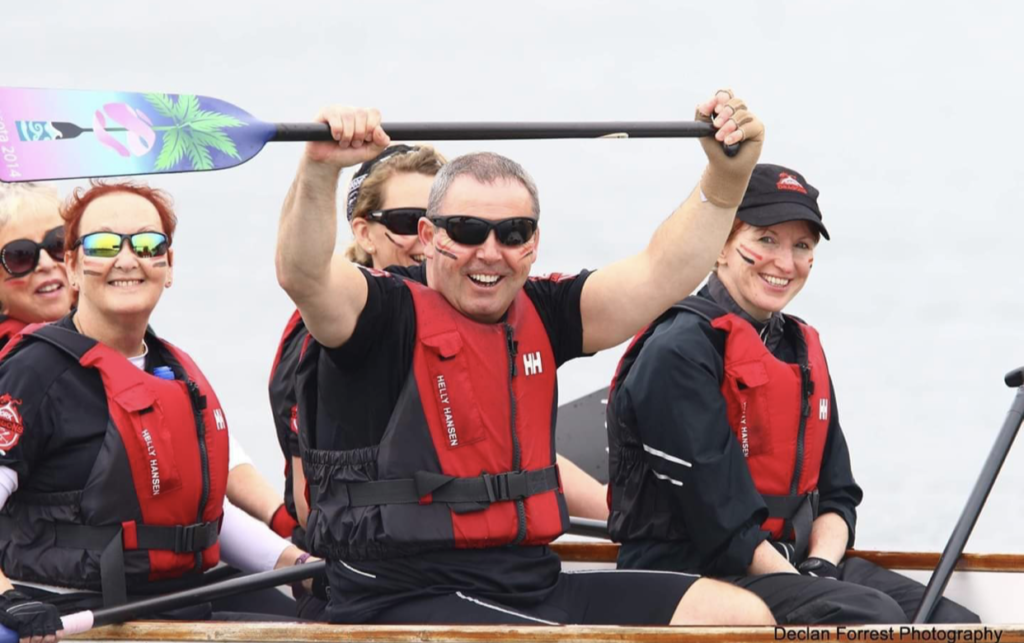 I found a lump on my left nipple when we were on holiday. At first I just thought I had knocked it, as I was working as a builder at the time, so was used to getting bashed about a bit. The lump started changing shape so I spoke to my wife, Tina, and arranged an appointment with my doctor.

My doctor didn’t give me any indication that I could have breast cancer, but I was referred to the breast clinic straight away. About a week later, I had my appointment at the Cork University Hospital (CUH) where I had a mammogram and a biopsy that same day. The lump was rock hard and two inches in size, so the specialist I saw was alarmed.

I received my results the following week; I had breast cancer. I remember my consultant looking shocked, but we both wanted to get on with the treatment. I needed a mastectomy of the left breast, and the operation was booked in for a week later.

I didn’t have any symptoms, or if I did, I didn’t know what they were at the time. I might have been a bit tired, but then again, the nature of my work makes me tired.  I was forty-three-years old when I was diagnosed.

As well as the mastectomy, I also had full removal of the lymph nodes on the left side. I had chemotherapy every two weeks for seven months after the surgery, and 25 sessions of radiotherapy. Losing my hair from the chemo wasn’t so bad, but the other side effects like the constant infections and being in pain was tough to deal with.

There is a history of breast cancer in my family – my sister has had the disease and my dad’s two nieces have also had it.

I went along to a Dragon Boat Racing open day at the end of 2012, and then shortly afterwards, I was part of a group of people who set up a team together. We put leaflets in hospitals and other places, and we now have around 60 people who are part of our team. I met three men who have had breast cancer at a Dragon Boat Racing event. Talking to other men has definitely helped take away the stigma of having this disease.

I am absolutely fine now. I finished my treatment in 2012 (athough I am on tamoxifen for ten years) and started visiting Cork ARC Cancer Support House. It is a great place where you can receive therapies, massages, counselling as well as getting involved in all sorts of other activities. I found the counselling particularly useful; it was really helpful to be able to speak to someone outside of my family.

I am always trying to spread the word that men get breast cancer too, and my motto is ‘if in doubt, check it out’. I also work with UK breast cancer charity Walk the Walk on their Men Get Breast Cancer Too awareness campaign.