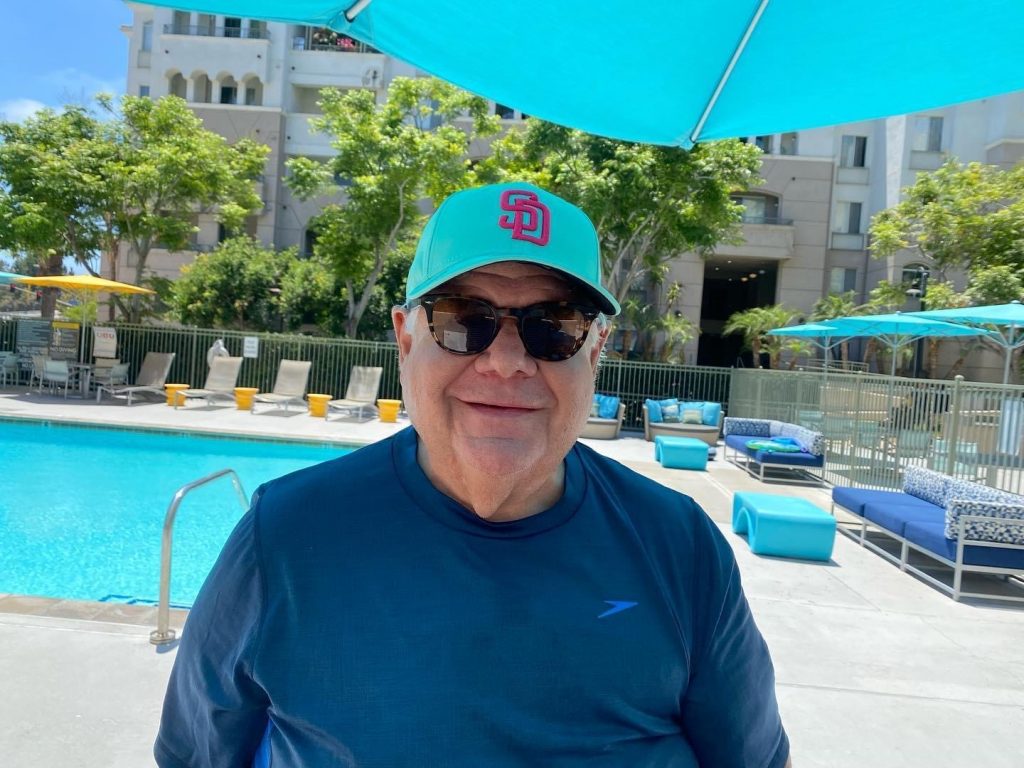 Around eight years ago I made a decision to take back my health and started a journey to work out and eat right. I lost over 100lbs, and arguably got into the best shape of my life.

In December, 2012, I was laying on a yoga mat and felt a rock-hard lump in my left breast. As a prior scientist, I went online and looked for symptoms; was it a cyst or something worse?

I then noticed the nipple on my left breast was inverted, and that set off the red flags. Monday morning, I called my family physician and found out he had died over the weekend of cancer. Saddened, I asked for a referral in my insurance network and, as providence would have it, I was sent to a smart female internal medical doctor. She immediately sent me for a mammogram.

There at the “women’s health center”, I discovered my first impressions of bias and de-masculinization. Questions asked about my menstrual cycle, and strange looks from other patients.

The next step, after the mammogram showed suspicious findings, was a sonogram which lead to a biopsy and a surgical referral. A bloods test was also done. I was stunned when the biopsy revealed cancer.

Surgery, a mastectomy, happened before the BRCA results (which likely would have caused me to have a double mastectomy), and six lymph nodes were taken, with a great prognosis. Then, the BRCA test comes back positive, and my family history made sense. My grandfather, an immigrant from eastern Europe, died of prostate cancer. My mother had a radical mastectomy when there were no other treatments. She also had a dangerous Melanoma. She lived to 92.

So surgery happened and my surgeon turns out to be somewhat of a hack. He pulls the drains too soon and has to install temporary drains that require an absorbent pad to soak up the fluids. He suggests using sanitary napkins because of their absorbency; more de-masculinization.

Finally everything heals. Lymph pain in my arm is treated, and I’m referred to an oncologist. An Oncotype DX test on the tumor determined that chemo would not help add to a positive outcome. I was prescribed Tamoxifen because of the hormone sensitivity of the tumor.

My life changed. I started loosing my muscle mass, began gaining weight, and experienced muscle spasms and other side effects. I stepped up the exercise to offset the hormone changes, and became a cyclist, a MAMIL (middle aged man in lycra).

Fast forward to 2015, I was still on Tamoxifen, and I injured a rib. An x-ray found a tumor on my right kidney, unrelated to my breast cancer, and I was sent to another surgeon. We decided to do a partial nephrectomy to maintain 80 per cent function of the kidney. I cycled hard the day before surgery. The 12-inch cut took a long while to heal, and the fear of falling ended my street biking career.

Fast forward two years, to August, 2017, when I had pain in my side and back. I thought it was from working at a desk and avoiding exercise, but my oncologist suggested a PET/CT scan.

The cancer had infiltrated my spine and ribs causing a rib fracture. There were lesions on my liver as well. A liver biopsy concluded that I had metastatic breast cancer.

Then it was time for chemo. My doctor was of the opinion that quality of life matters when you become metastatic, so extreme drugs like taxol should not be used. After three cycles of chemo, I still had most of my hair but was diagnosed with a deep vein thrombosis in my leg that lead to pulmonary emboli, and landed me in the hospital. Once cleared, the PET/CT showed that the cancer was not responding to the chemo. Again, being a prior scientist, I went to work on the web to find a clinical trial for those like me, and found an NIH study being done in my backyard. I have been on meds since January, 2019. There has been no real progression since then, but I’ve been feeling the chemo brain and fatigue.

I want to give a shout out to a friend of our Coalition, Dr Ben Ho Park, who gave me his expert opinion and was very supportive through my decisions.

Recently, I celebrated my 64th birthday, and each day I wake up, look in the obituaries, and if I don’t see my name, I get dressed and make the bed! Making our bed in the morning has been an anchor to living and starting my day.