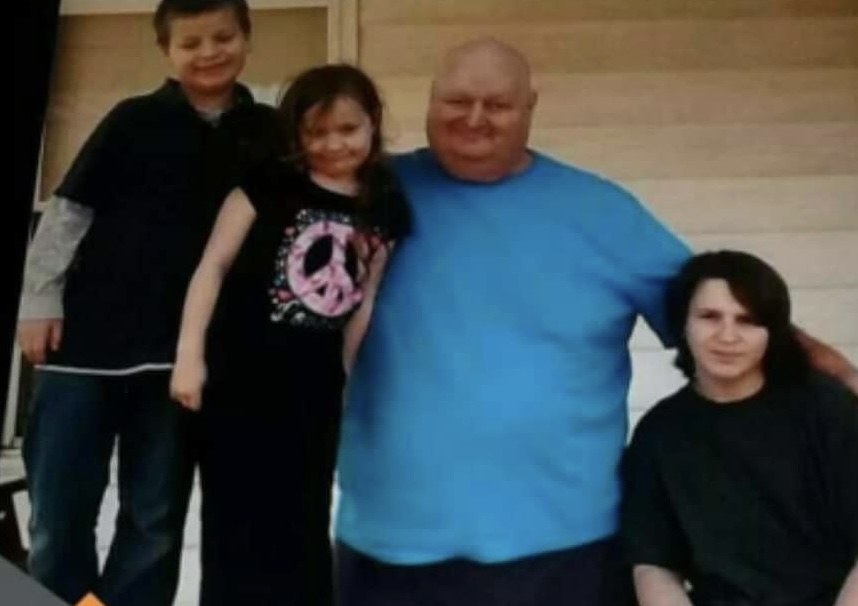 In November 2007, I started having really bad pains in my lower stomach area and loose stools that came and went. It came down to me eating 2-3 bananas and about a quart of water a day. I could not even get up off the bed. On January 15, 2008 I had to take my son to the ER to have him checked out to return to school because of the flu he had. My doctor saw me and asked what was wrong with me. He said my color was completely gone out of my face and eyes and he wanted to do blood work up on me. He then said he had called my oldest son to pick up my younger son and he ordered me an ambulance to Mercy Hospital in Springfield MO. I prayed all those 50 miles.

After arriving they put me out to run tests, then woke me up and informed me that I needed surgery. I’m not one for surgeries or pain pills, and I told them this. I was told if I did not have the surgery, they only give me 24 to 48 hours to live. They believed it was an appendix issue, so I signed the papers and away we went. I was told that they put a scope inside my belly. They could not find my appendix anywhere. But they did find a tumor, one inch bigger than a softball. They snapped three pictures of it and on the third picture they took it blew apart, taking 11 1/2 inches of my colon. It had emptied all the fluids into my body cavity meaning they had to clean me out because of sepsis in there.

I spent six weeks in ICU. I’d wake up, spell out a few words on the sheet, and they’d put me back to sleep. After six weeks I was moved to a regular room for another six weeks. I’d never seen so many IV lines run into me. But they came in the room and told me about the surgery and all that happened. They told me the test they ran on the tumor pieces tested a stage 2. So, they set up an appointment for me to see my cancer doctor one month after getting out of the hospital.

The time was not up for me to turn around and go back. So, I did then the nurses came in and said it was the same thing happening again. Anyway, they changed my chemo meds and I started on my treatments again. After about 20 months of chemo, I become NED and have remained that way since. My CEA marker runs around 0.05 -0.1.

People, if you have pains like I was having please get to the hospital or doctor fast. I was so close to dying. I’m always thanking my doctor for saving my life. We attend the same church.

Then, in January, 2021, I noticed I was losing blood out of my left breast. This went on for two months. They did biopsies on me and give me a mammogram. They finally removed my left breast and several lymph nodes from under my left armpit. I believe the doctor messed it up because of the way it looks and the pain I’m having. Meanwhile, I’ve lost almost anything I had. Now my wife and I are on Social Security.

They said the two cancers were not connected in anyway. Guys, if you notice blood coming out of your nipple, either one of them or both, get to the doctor very quickly. Best of luck to all, and may God Bless you.