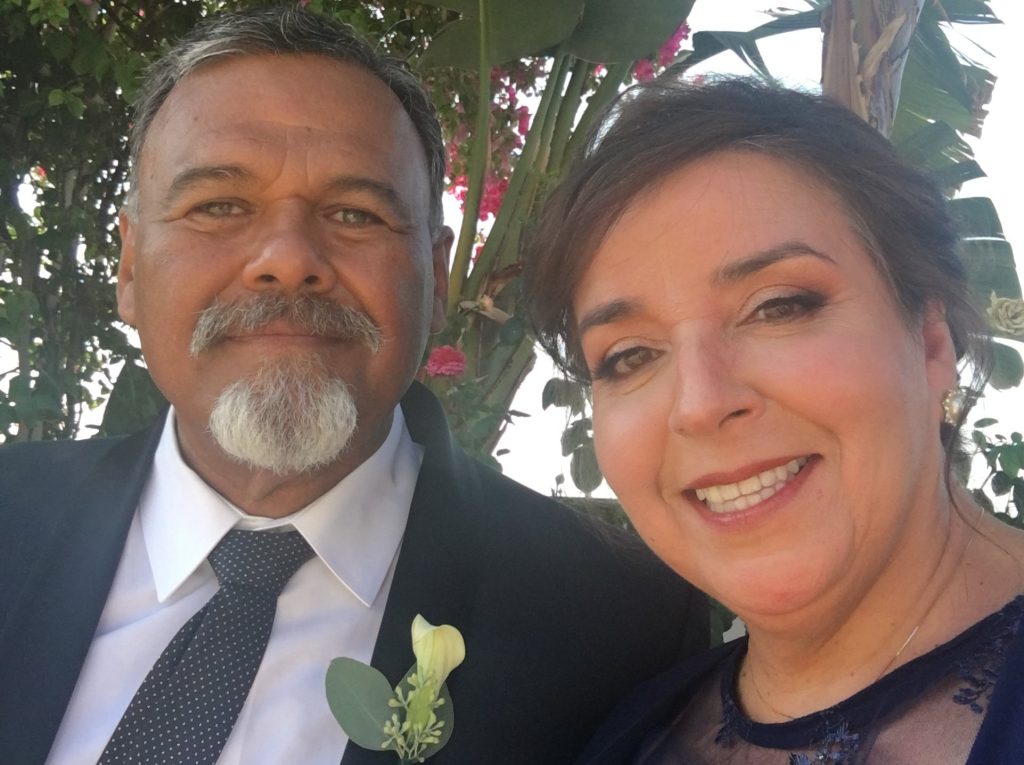 I am 60 years old. On 12 February 2021, aged 60, I was told I had breast cancer, one of the thousands of guys in the world to get the malady annually. I was Stage 2b, IDC, ER/PR positive, Her2 negative. My Oncotype DX score was 0 and the genetic test was negative. In 1997 my dad died from complications of cancer at the same age as I am now, so I have been in a glass box of emotion since.

Fortunately, I did not have to undergo chemotherapy. After my mastectomy and lymph node removal, I developed a seroma that had to be aspirated four times, and I developed an infection that I had to take a month’s worth of antibiotics for. And, other than the skin is still really discolored, I have no lingering side effects. I had 25 sessions of radiotherapy and was started on tamoxifen, the hormone blocker. My prognosis appears to be good, as the cancer had not spread beyond my left breast and accompanying lymph nodes, and there is no hint of any mutant genetic issue that might cause cancer to pop up at some date in the future.

My recovery was pretty quick, and the good folk at KPS So Cal sent me home way before I supposed to go home, which was good.  Seriously, I thank the good Lord for my doctor, Dr. Goldner and the team. They were the best.

Be that as it may, it’s still all too much for me to take, and as they say, there are no atheists in fox holes. I have been comforted by the prayers of my family, thank you sweet Jesus for my beautiful wife Sandra Alberete-Lopez, my kids, my daughter-and son-in-law, my joy is boundless knowing they are near. As well, friends and numerous other anonymous loved ones in at least two convents and one seminary in Southern California. It may be trite to say it, but I have felt all the prayers leading up to surgery, as I was being wheeled into the operating room, and now as I sit here, sipping a hazy IPA, watching Colombo on the TV, feeling thankful and grateful for all the love, it is that love, from those known and unknown. I am a blessed man.

First, my faith is stronger than ever. I also have a keener sense of the glory in all creation, from the natural world around us to the absurd like the world’s biggest beaver statues. I also seem to be more patient, even though my wife tells me otherwise. Many years ago, a dear friend of mine (we also worked together) had brain tumors and went through actual brain surgery. After his recovery, I can’t tell you how many times he would look at me during times of stress at work and he’d say, “no worries, it’s not brain surgery” and we’d laugh. Now I’m keeping that philosophy close to me.

Guys, we are conditioned to take care of prostate and colon cancer, heart disease, and other what-not issues, but do not neglect the knobbies.  Check them every so often.