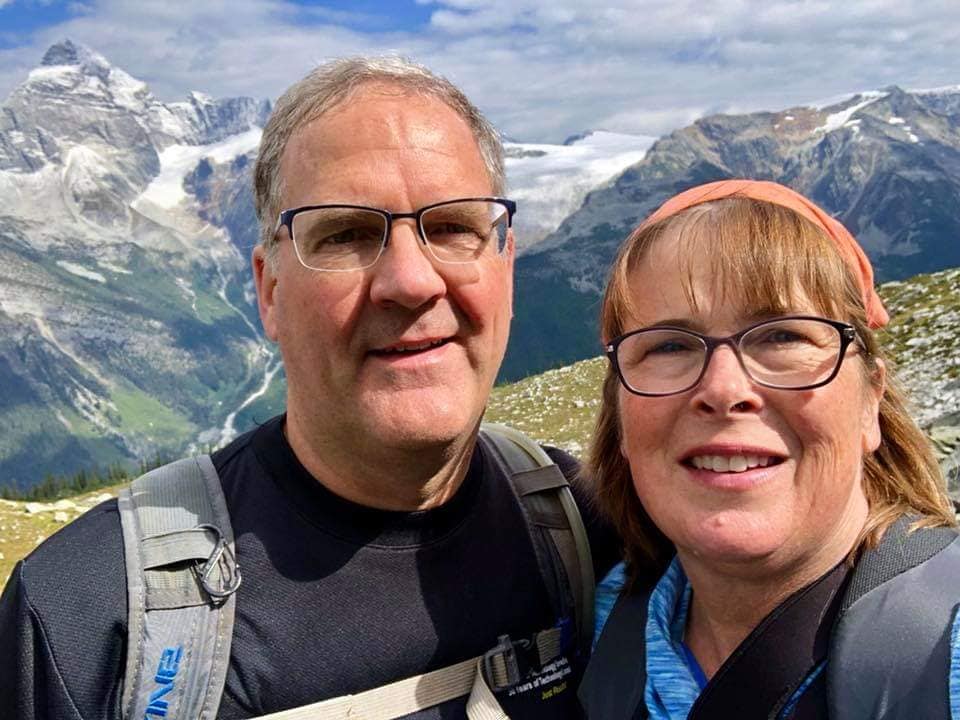 When I was in high school, I noticed a lump in my right breast just behind the nipple.  I was embarrassed and thought, maybe it will go away if I leave it alone.  When I got married, in 1986 at the age of 23, the lump was still there. Four years later, in March of 1990, my oldest son was born. At that time, I started having blood leaking out of my right nipple. That really scared my wife and me, so I went to the doctor. The doctor extracted some of the liquid on a microscope slide and looked at it in the light. He didn’t think I needed to be worried about it. He said that it was just a cyst and for me to leave it alone and it would be okay.

I should have gotten a second opinion but I was ignorant at the time. Time passed and the blood stopped leaking. We changed doctors several times due to our insurance changing and then we moved here in Hillsboro. Every time I had a new doctor, I told him about the lump and the answer was always the same. Don’t worry about it. Leave it alone, it will go away. Then, in October 1997, I noticed that even while sitting at my desk at work there was pain radiating in my right chest area. Every time my right breast got bumped the pain was pretty bad. Especially while wrestling with my two boys. In November, I decided that I must go back to the doctor. This time I was going to be firm and have them take it out. My doctor sent me to a specialist, at my insistence. At the specialist office, I had a blood test, a prostate exam, a mammogram, and an ultra sound.

After all these tests my specialist doctor told me not to worry, that when he took it out, he would be able to tell me that it was not cancer. My lumpectomy was on Dec. 9th, 1997. The lump was breast cancer, yes BREAST CANCER, and the margins were positive which means that there was still some cancer left in my breast area. The mass was 2.1 centimeters so that makes it stage 2 cancer. My pastor and a couple of other people from church came to my house and prayed for healing if it was the Lord’s will. I had a modified radical mastectomy on December 29th, 1997. They also removed 14 lymph nodes from under my right arm. By God’s grace, this time the margins were negative and the lymph nodes were also negative. If I had just “left it alone” I would still have cancer in my body that would eventually kill me.

I had to take Tamoxifen for five years. That was miserable! Think menopause, mood swings, hot flashes and depression. I was a man of 34 going through menopause. The doctor gave me some anti-anxiety meds to stabilize me, but that didn’t work very well.

Now, 24 years later, at the age of 58, I am healthy and an avid mountain biker. My wife and I hike and kayak a lot. Breast cancer doesn’t have to kill you. And it can happen to men. Don’t be afraid to talk to your doctor if things don’t seem right.