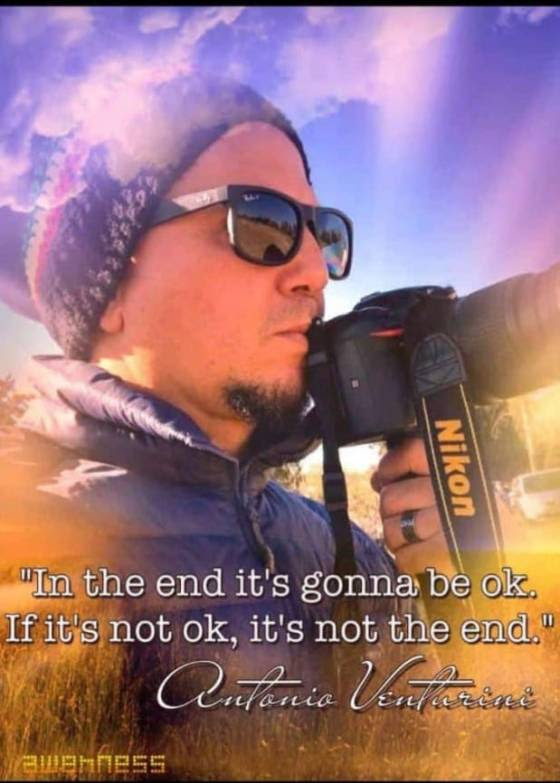 My wife “deceived” me into going to a GP for a mole on my back. As a result, I was referred to a dermatologist. Upon having the mole removed, my wife asked the doctor to take a look at my inverted nipple and discovered there was a lump right behind it. This specific nipple had been inverted (turned in, instead of showing out) for a while. It did not bother me at all as it was painless, and I recall seeing it showing outward at some stage.

Since he was not an expert, the dermatologist referred me to a specialist surgeon, who, after a biopsy and FNA, diagnosed me with breast cancer on 22 February 2017.  As the specialist surgeon shared this news with me my head went into a spin. I then went blank.  Immediately thereafter I had a tremendous sense of peace and calm.  I was 39 years old.

Surgery was scheduled and this involved a total right mastectomy and removal of the sentinel lymph node and four other nodes. When the specialists realized the cancer had spread beyond these, they continued to remove more lymph nodes; a total of 12 were removed.

Prior to starting chemotherapy, several additional tests were required, including a PET scan to determine if the cancer had spread at the cellular level. Unfortunately, my oncologist got to deliver the news that I had feared: “The cancer has spread to the lining, top and bottom sections of your lung”. This meant it was rated as Stage IV, metastatic breast cancer.

My wife was in shock.  For her it was as if we are haunted by negative situations, having experienced other events in life too.  Additionally, both our fathers died of cancer.

My extended family was in shock and thought I would be dying soon.  Since we don’t live in the same city, I travelled to visit my family to assure them I was fine. Friends generally were shocked.  Many did not know how to respond but eventually would draw close to express concern.

Further treatment consisted of chemotherapy – 18 sessions and radiation – 25 sessions, I will start on Tamoxifen once radiation is completed.  In the interim, my oncologist started me on Zoladex which will be administered every three months.

The process to date has gone smoothly. Post-surgery recovery was complicated as can be imagined. Having drips in wounds was difficult but with time one becomes used to it. Chemotherapy came with very little side effects.  No nausea at all.  Fatigue, hair loss, dizziness and strangely, hiccups, were all I had to endure.

Overall, I was positive and had great support from family and friends.

Testing for BRCA 1 and BRCA 2 was done, and the results were negative all round.

I am a project manager within an ICT company.  I continue functioning in my role as if nothing changed. In fact, during my recovery from surgery, I was promoted to a more senior position. Colleagues and my employer have been very supportive and accommodating.

I have a new lease on life. I believe this diagnosis was on purpose and part of my greater life purpose. I am more determined to achieve and succeed in lifegoals whilst living a meaningful life.

I have also committed to being an activist – to create awareness about cancer but also to encourage men in my community to be cancer-wise.  The stigma associated with cancer in my community and country is generally negative.  I hope to play a role in changing this, and I have a supportive family, friends, colleagues and church.

Breast cancer need not be fatal if discovered and dealt with early enough. It is not a death sentence. As men, we must stop using every excuse under the sun to avoid seeing doctors for check-ups. We spend money on insuring assets but spend little time and effort and money on insuring ourselves by taking optimal care. We must prioritize our personal well-being.

I’m keen to use my life as testimony of God’s grace and would like to continue being an encouragement to many who are faced with cancer. Cancer can be beaten!