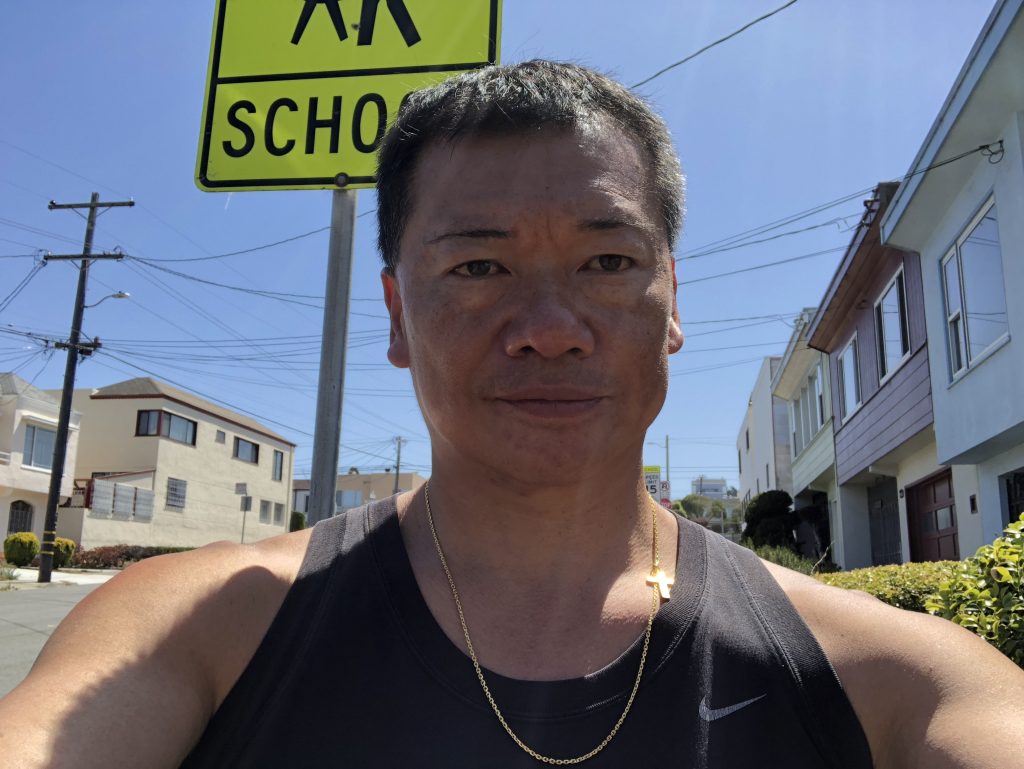 In February 2019, I was diagnosed with breast cancer, aged 53, after it felt like I tore or strained a muscle in my chest. Unfortunately, the lump was more than that. In March I had a biopsy of two tumors, one behind the nipple and another in an armpit lymph node. At the same time, a scan confirmed metastasis to the lungs in two small spots. A subsequent genetic test was negative.

My general health was good, and I exercised each day and worked out with cross training, running, tennis, and weights. I had a plant-based diet with some meats.

From March to September, I had chemotherapy consisting of intravenous Taxol, Herceptin, and Perjeta. Side effects included some diarrhea and hair loss. A subsequent CT scan showed the tumors enlarged by one-third. Surgery followed, and although the tumors were enlarged, the tumors were removed, including 16 lymph nodes, and margins were clear.

At the same time, I was enrolled in Foundation one, a clinical trial to match code to code on any drugs that can be used to treat the tumors and reduce the ones on the lungs. Report is the foundation to the future treatments seen below.

In August, I had 15 radiation treatments. On the last two treatments, and for one month after, my skin started peeling, and wounds opened somewhat. A November CT scan showed I was stable, with no change.

From November 2019 to March 2020, there was a change in regimen, Letrozole 2.5 mg, and Ibrance 125 mg, oral once a day each for three months. Side effects included tiredness, some metal mouth, on and off appetite, and some diarrhea. In March, 2020, a CT scan showed growth of three tumors on lungs to one-third more. Other satellites were still the same.

From March to May 2020, I was put on a new regimen, Taxotere and Carboplatin, intravenous for three weeks, with 4 mg Dexamethasone twice a day, before and after chemo. Booster shot after by .5 mg. Side effects included insomnia for four days and I had sleep paralysis for five minutes, plus hair thinning. Overall, I was tired and had soreness in my thighs and arms, a little diarrhea, metal mouth, hair loss, acid reflux, blotching, back pain, and leg weakness.

In May, a CT scan showed slow growth of same three tumors on lungs. Satellites were stable. I was suffering from water retention; 16 lbs of water, and my right arm was swollen due to lymph node removal and chemo. I started Lasix and Dexamethasone, one tablet a day.

In late May, I was put on a new regimen: Bicalutamide 50 mg, three tablets a day, and intravenous Doxorubicin. I had no side effects. My Immune system would reduce to nothing on the second week, so I remained indoors.

In summary, I have all the support from all my family, sister and family, brother and family, Mom and Dad, my girlfriend, my other friends, and others that have gone through it and are survivors. All are supportive and protective of me, especially in this COVID era.

I told everyone of my diagnosis after one month, as it’s best to not bottle it up inside. All my clients also know and they are all supportive of me in making sure I am able to rest and not over stress.

My outlook in life is to bring the insight of male breast cancer to all I meet. Bring all that I encounter happiness, and show that the journey will end with a happy ending someday. The big celebration will occur after and all will be in this celebration of love and happiness