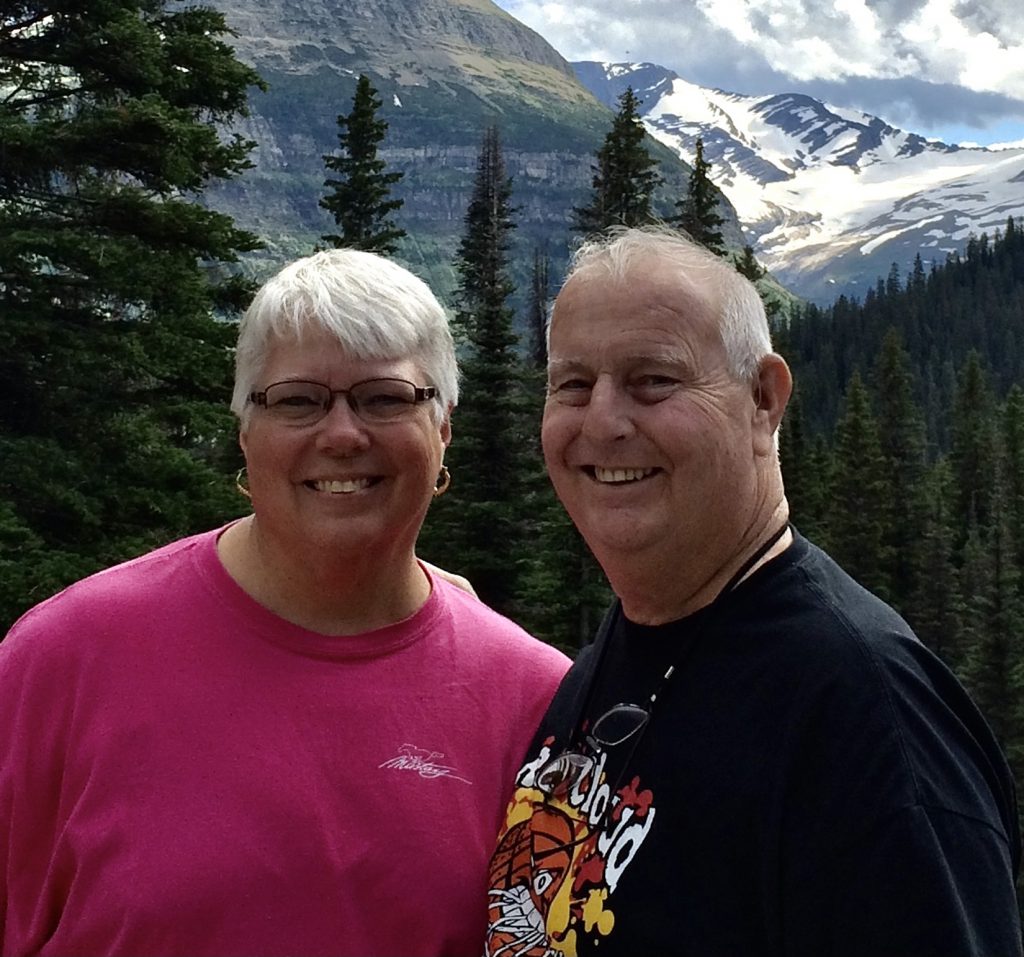 Pat Washburn of Omaha, Nebraska lost her husband Marlyn to breast cancer in May of 2017. A fun-loving high school educator, fisherman and avid golfer, it was the pain in his shoulder after golfing that motivated him to see a doctor. After a number of tests, they learned he had breast cancer. And that it was racing through his body. Marlyn died just five months after his initial diagnosis—a very rough five months—with his family by his side. He was just 66 years old. “From the breast into his liver, his adrenal glands, then his lungs, his kidneys, his lymph nodes, the bones, and the last test that they did on him was a brain MRI. He had eight tumors in his brain. He didn’t look sick,” remembers Pat.

Shortly after she lost Marlyn, Pat decided to honor his memory by turning the last car he purchased, a 2014 Dodge Dart, into a custom-wrapped “moving billboard” that helps publicize critical awareness messages about male breast cancer. Pat and the “Marlyn Mobile,” as she calls it, have traveled all around America. She made a deal with her grandchildren that she would take each of them (she has 24!), individually, anywhere in the U.S., as long as they traveled “in grandpa’s car” and mapped out the route using a paper Road Atlas (Marlyn, she says, was an educator, and would have loved that). So far, he’s taken seven of her grandchildren on road trips and has been on half a dozen other trips with the car. Last August, she and MBCGA Founder & President Cheri Ambrose traveled more than 8,500 miles in the Marlyn Mobile on a month-long, 15-state, 40+ city “whistle stop” road trip to increase awareness about breast cancer in men from the Mississippi to the West Coast. Along the way, they met with more than 50 men who are survivors, or still fighting Stage 4 (metastatic) breast cancer; as well as their caregivers and families and other male breast cancer advocates, doctors and cancer organizations.

Pat’s loss has inspired her to become one of the MBCGA’s most active and vocal advocates. In recognition of her work and commitment, she was appointed Male Breast Cancer Global Alliance Ambassador, and was recently asked to serve as Board Secretary. In addition to traveling around the country in the Marlyn Mobile, she regularly represents MBCGA at major breast cancer-related conferences such as the American Society of Clinical Oncology (ASCO) and the San Antonio Breast Cancer Symposium (SABCS), and at meetings and health events across the U.S. and abroad. She is also very committed to supporting other caregivers, and is an active volunteer for AnCan (Answer Cancer), a peer-to-peer organization that provides advocacy, navigation and support to caregivers of those living with serious and chronic conditions, as well as caregivers who are recently bereaved.

“Marlyn was an educator for 41 years,” says Pat.” At the time he was diagnosed, we found out how many of our family and friends did not know that men could get breast cancer. He said at the time that we have to do what we can.”