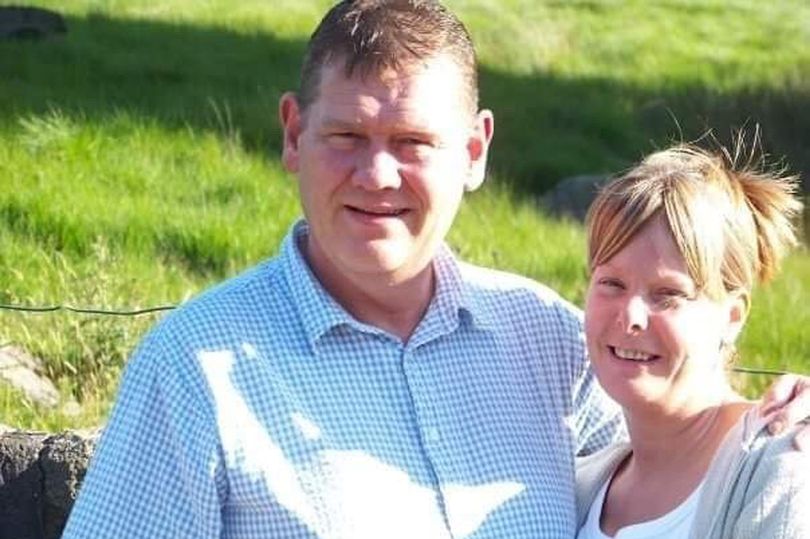 David McCallion, from Manchester England, was 55 years old when he noticed changes in one of his breasts. He first thought it was related to a previous diagnosis of Gynecomastia, which is a condition that makes breast tissue swell in boys and men. It can happen when the balance of two hormones in your body is thrown off. David assumed it was due to a diagnosis of this condition four years before, that his nipple was inverted. After six weeks, he decided to see his doctor, because he was unsure as to what was happening.

In hindsight, David wished he had gone earlier when the inversion first presented. His advice to everyone is seek a medical opinion on any visible changes to your chest, and never just assume it’s something else.

This is David’s take on his game-changing medical diagnosis.

Imagine stalling seeing the Doctor for a month, before you ask about it.

Imagine being told you have Breast Cancer.

Imagine you are told you need a mastectomy.

Imagine being told, it’s in your axillary lymph nodes, and they must all be removed.

Imagine being told you now need Chemotherapy, Radiotherapy, and hormone tablets for 5 to 10 years.

Imagine being told by your employee you have used up your sick pay entitlement, and you should be on Statutory Sick Pay.

Imagine you are then told two family members also have cancer at the same time as you.

Imagine your chemotherapy is delayed by a month because of repeated infections.

Imagine being told by your employer you have been overpaid and will have to pay it all back at some point.

Imagine when chemotherapy starts, your hair starts falling out on Christmas Day, just as you’re going to see your grandchildren.

Imagine the friends you thought you had not visiting or calling.

Imagine feeling constantly sick, or tired, or in pain, or scared or depressed.

Imagine having to choose wealth over health and venturing back to work, in-between cancer treatment in order to financially stay afloat.

Imagine being terrified that you will get a cold or an infection.

Then imagine three weeks later a world-wide virus will potentially kill the elderly, the unhealthy, and the vulnerable.

Imagine not having the strength to rush round supermarkets jostling for toilet rolls, and baked beans.

Imagine the relief, when told you can work from home

Imagine the distress when told you must isolate for 12 weeks or more, remember you have, in all but in name, been isolating for the last five months.

Then imagine being told:

“After today you have had, six of nine sessions of this second chemotherapy drug, and you had three other cycles of the previous drug. We professionals now feel continuing with the next three is potentially more harmful than beneficial, because it will continue to weaken your immune system, and due to COVID-19 will be very dangerous to you if you should catch it. So, we have made a combined clinical decision to now stop your chemotherapy.

Imagine then being told your radiotherapy will now not be 15 daily sessions, it might be five, but stronger doses, because in the next weeks no one can predict the working capacity of the NHS. Imagine waiting 10 more weeks for that treatment to start.

imagine a bisphosphonate drug designed to prevent any cancer spreading into your bones, that was due to commence after radiotherapy, is now suspended until the COVID-19 situation has passed and normality returns, maybe twelve months away.

Imagine leaving the Centre thinking, will not completing the original plan leave me at risk?

Imagine having to fully rely and trust the doctors making those decisions.

Now Imagine you also have a bulging Abdominal Aortic Aneurysm in your stomach, that literally feeds and grows off stress, and imagine your next scan on its growth, in April, will not take place.

Imagine then queuing in a supermarket listening to people whining that they have to queue, that they are disgruntled because you can only buy three of all essential products.

Imagine the utter contempt on the face of many, the ambivalence in others, and the lack of compassion and empathy in so many.

Breast Cancer sucks big time, but as a man in a predominately pink world that is Breast Cancer, it’s a lonely place because those like you are rare, and rarer still are those who openly talk about it.

So, I decided to talk openly about this disease in order to leave a light on, or the door open for any other man to stop by and talk.

When we talk to each other, we realise we are not alone in this battle, and it’s really okay to talk.